The precious "pearl of the Garda" Limone, is probably the most famous tourist destination of the lake, in particular for the German and Austrian tourists. It is located on the western shore of the northern tip of the lake, in a romantic bay protected from the wind, surrounded by high, green mountains. The resort is accessible by car, from highway A22 Brennero-Modena, exit at Rovereto Sud - Lago di Garda nord, or from highway A4, exit at Desenzano or Brescia est.

What makes Limone so beautiful and appreciated, is the historical center, picturesque and full of tourist facilities such as restaurants, cafes, shops and the beautiful Promenade, permanently covered by flowers. Furthermore you will remember the small and intimate alleys where you can discover the most authentic identity of the village. We suggest to visit the old harbour (Imbarcadero), the historical church of San Rocco, the old fountain. Every corner of Limone is worth taking a picture with your camera and you will notice that at each time of the day the colours are different: various, strong and bluish during the day, pale and red in the evening, when the Monte Baldo, on the other side of the lake, reflects the sunset, creating a relaxing atmosphere for the inhabitants and the tourists. There is also another part of Limone, less famous, but equally worth visiting: the inner part covered by olive trees, with plenty of walks through the nature, along the San Giovanni torrent, or towards the mountain, reaching the monastery of Comboniani Monks. Worth visiting is also the picturesque and tiny church of San Pietro in Uliveto, near the monastery.

During your stay in Limone you will certainly visit also other villages and interesting sites on the whole lake, which are easily reachable by car. In just 15 minutes you can reach Riva del Garda, perhaps the only proper “city” in the northern part of the lake, whereas on the opposite side the Venetian village of Malcesine, with a clear imprint of Veneto and of the Venetian domain (it can be reached also via ferry from Limone). Going south, on the other hand, you can visit Gargnano and Gardone Riviera, with their typical villas of the rich families of Brescia and Milan, soaked with culture. The most important example is the Villa-Museum "Il Vittoriale degli Italiani", home of the poet and artist Gabriele D'Annunzio, one of the most important personalities of the beginning of 1900.

A bit of history

The name Limone derives, contrary to the beliefs who always associate it to the lemon (which indeed is the symbol of the town), from the Latin "limen", which stands for border. This area has always been, in fact, the border between different empires, kingdoms or states throughout history. Before the construction of the recent road Gardesana, which began in mid-1900, Limone was reachable only via mountain trails or by boat. Therefore it was basically a village of fishers and olives-growers. In 1932, the opening of the Gardesana road, brought a decisive change in the identity of Limone, which was gradually transformed after World War II, in a turistic town.

At the end of the 70s it was discovered in the blood of a family of Limone sul Garda, a particular chemical compound (Apolipoprotein A-1 Milano - Gene Limone), that allows these people to always have clean arteries, so that the entire circulatory system is protected. Although some believe that it was the mild and healthy climate to lead to the development of this "magic" apolipoprotein, science has proven that it is, however, a casual genetic mutation. Still there’s another fact that confirms the positive effect of the climate of Limone on the wellbeing: the bond that many German tourists have established with this area, that leads them to return every year, since a long time. Hotel La Fiorita, for example, counts among its clients, families who have been coming here since 50 years, hosted by our family. 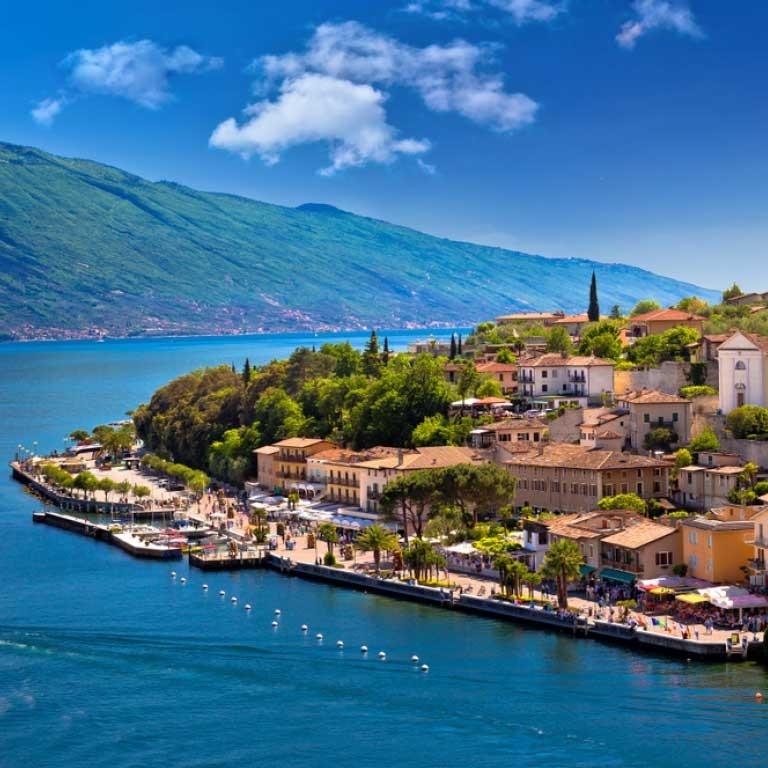