The Sanctuary of Montecastello is located just below the summit of Monte Cas, on a spur of rock overlooking the lake, with a magnificent panoramic view. Its privileged position offers the visitor unique and spectacular views: moving from the high peaks of Monte Baldo to the Sirmione peninsula, the gaze can embrace all the landscapes of the lake. Recently restored, it is one of the most appreciated and well-known sacred places of Garda for its architectural, artistic and landscape beauties. Built on the remains of an ancient temple, later transformed into a castle, it houses the "Casa Santa", a small temple presumably dating back to 800 AD. In the rich and frescoed interior (frescoes from the Giotto school), one of the many preserved is presumably the largest European ex voto, dating back to the early 1600s. The Sanctuary of Montecastello owes its name to the miraculous appearance of a "Star" which put an end to a fierce battle that took place in Tignale in 1200. For centuries it has been a place of pilgrimage and devotion, in particular to the Blessed Virgin Mary, portrayed in ancient and miraculous fresco behind the main altar.

You can find more info by clicking here 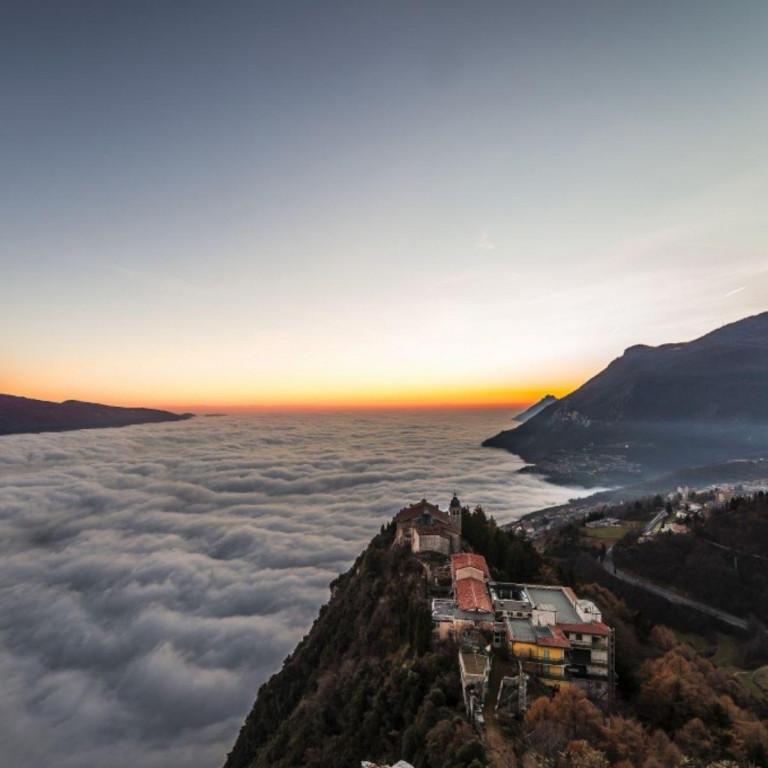